Reading and Writing Addiction was able to catch up with Gwendolyn Taunton, Author of "Gods, Rituals, & Esoteric Teachings in the Kali Yuga."   We are excited to share this insightful interview today with our readers.

When did you first discover that you enjoy writing and wanted to become a published author?
I have been writing on a non-professional basis since I was a child and started writing fiction and poetry in my early teens. When I was at university, I submitted a few poems to an anthology of poetry and prose, which were printed in a book. Since I was at university, much of my time was devoted to writing anyway, and following the poetry publication, I started writing non-fiction on philosophy and Hinduism. My first book, Primordial Traditions, won the Ashton Wylie Award for Literary Excellence in 2009.

What is your favorite and the most challenging aspect of writing?
My favorite aspect is the research, as I enjoy reading. Time management is the most challenging. Between employment and having a family life, it often doesn’t leave one much time for writing. Therefore writing has been a long experience of sleep deprivation for me, and the consumption of vast amounts of caffeine.

Tell us about your latest release. 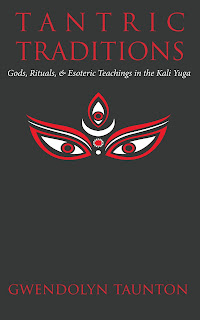 My latest release is what I consider to be my first authentic book, and deals with the material I studied at university. The book is called Tantric Traditions: Gods, Rituals, & Esoteric Teachings in the Kali Yuga, and it is an attempt to explain the Hindu religion of Tantra to an exclusively Western audience, who are coming from a background where they only understand it a very basic sense, such as through chakras or yoga.

How did you come up with the title of your book?
Well, it’s a lot easier to devise titles for non-fiction than it is for fiction works, which require more of a creative flair. Really the title is just a brief description of the content in the main chapters.

What do you hope readers are able to get from reading your story?
I’m hoping that they come away with a sense that Tantra is an authentic Hindu religious practice, as it is currently grossly misunderstood in the West.

Who are some of your favorite authors?
In relation to the book contents, I’d have to recommend some of the authors I have cited, such as Hugh Urban, David Gordon White, Abhinavagupta, and Mircea Eliade. Eliade, in particular, was regarded as an expert on many religions. Hugh Urban is very good at explaining the esoteric elements in Tantrism, David Gordon White has done extensive research also, and Abhinavagupta is a famous Indian philosopher whose work is extraordinarily complex. 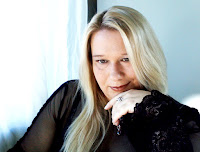 Gwendolyn Taunton was born in Queensland, Australia and raised in Christchurch, New Zealand.  The author has an extensive background in Philosophy, Hinduism, Buddhism, Information Technology, and teaching. In 2009 she won the $10,000 Ashton Wylie Award for Literary Excellence for her first book Primordial Traditions. She has previously been employed as a web designer, a computer programmer, general IT slave to university professors, and a teacher. Gwendolyn now runs her own businesses in jewelry, publishing, and property investment. In her spare time, she listens to obscure music, watches horror films, ventures out into the wildness with indigenous Australian fauna, and is an amateur herpetologist.  Taunton was in Christchurch for both the 2010 Canterbury Earthquakes and the cycle of aftershocks it produced, which culminated in the devastating 2011 Christchurch earthquake. Having experienced constant shaking and rumbling for a year, Gwendolyn decided to return to her country of birth and has been happily residing in Australia ever since.